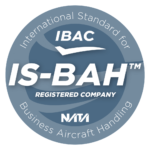 Our location in the executive terminal of Madrid Barajas airport is one of our most important locations. This is due to good connections from Madrid airport to airports in other cities.

On the other hand, at United Aviation we have a large airport network, which connects the different airports in Spain where we are located. This allows us to offer a high quality in our service of private flights and business flights.

United Aviation base in Barajas Airport in Madrid, is a synonym for a good experience. For this, the FBO Madrid facilities have all the comforts and resources you may need.

In addition, we offer a large number of handling services at the Barajas Executive Terminal. Both at the airport itself, and on the plane that may be of interest to you.

Below, we show you a list of Barajas Airport Executive Terminal characteristics, as well as our handling services and private flights in Madrid.

ANY QUESTIONS? ASK US!

Feel free to contact us through this e-mail: ops@unitedaviation.es or call us directly: 913936775!

From Madrid to heaven! It is one of the most famous sayings about the city, the sky of Madrid has that intense blue color that makes it so characteristic. As the capital of Spain since 1561, it is home to the most important institutions of the State as it is the seat of the central government, as well as being the official residence of the King and Queen and of major national institutions, such as the Royal Spanish Academy of the Language; and international ones, such as the World Tourism Organization (WTO).

The capital of Spain is a cosmopolitan city that combines the most modern infrastructures and its status as an economic, financial, administrative and service centre.

With an immense cultural and artistic heritage, a legacy of centuries of fascinating history, Madrid is a city open to all those who wish to discover it, in which a multitude of cultural, gastronomic, business, leisure and entertainment proposals come together, its tourist offer being one of the most solid and diversified in Europe and the world. Probably there is no city like Madrid with so many things to do, see and so close to each other.

Choosing United Aviation as your first welcome service will also be your first success when you arrive in Madrid.